Amazing Facts About Animals by knewthis.com 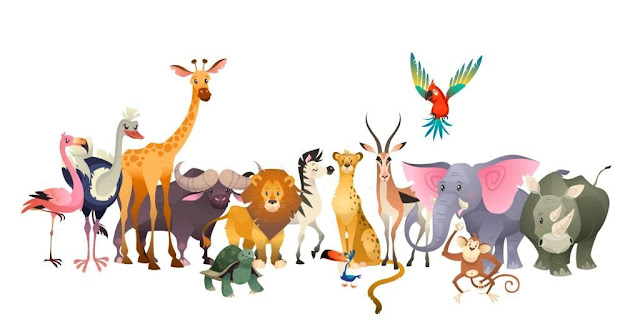 Elephants are the only animals that can’t jump.

Butterflies taste with their feet.

A hippo can open its mouth wide enough to fit a 4 foot tall child inside!

After eating, a housefly regurgitates its food and then eats it again!

Dogs and cats, like humans, are either right or left handed!

Dogs are all direct descendants of wolves

After birth, puppies’ eyes do not fully open until they’re about 12 days old and their vision is not fully developed until after the 1st month.

A cat can run about 20 kilometres per hour (12 miles per hour) when it grows up.

The largest frog in the world is called Goliath frog. Frogs start their lives as ‘eggs’ often laid in or near fresh water.

Dogs have no sense of “time”

An ostrich’s eye is bigger than it’s brain.

A duck’s quack doesn’t echo, and no one knows why.

All polar bears are left handed.

A crocodile cannot stick its tongue out.

The Irukandji jellyfish is only 2.5 centimetres in diameter, but can cause death to humans within days.

The venom of a stonefish can kill a human in two hours.

Shark’s need to swim, or they will sink!

Fairy Penguins live for an average of seven years.