Facts About Birds by knewthis.com 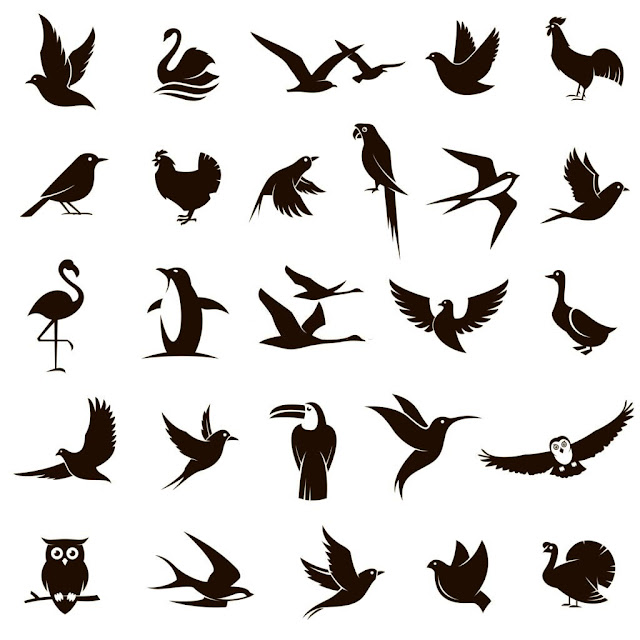 The longest latin name of any bird is Griseotyrannus aurantioatrocristatus, or the Crowned Slaty Flycatcher of South America.

When active, a humming bird breathes around 300-500 times every minute. The heart of a humming bird makes up for around 20% of the body volume. The heartbeat ranges from 30-1500 per minute, depending on the specie and the activity.

The Humming birds are the only birds that can fly backwards

The greater honeyguide leads the ratel or honey badger, to a bee’s nest by calling out and flying in front of it. The ratel eats the honey, then the bird eats the honeycomb wax.

The Chameleon can focus its eyes seperately to watch two objects at once.

The largest bird egg in the world today is that of the ostrich. Ostrich eggs are from 6 to 8 inches long. Because of their size and the thickness of their shells, they take 40 minutes to hard-boil.

An amazing fact about the humming bird is that it can fly up, down, forward, backward and even upside down. A humming bird can rotate its wings from its shoulder blades, which enables it to hover and fly in different positions.

Birds evolved from small meat-eating dinosaurs around 150 million years ago.

Birds are a group of warm-blooded animals with two legs and front limbs modified as wings. The characteristic feature of all birds is the feather.

There are over 9,200 species of birds known from around the world and they can be found in just about every habitat.

Humming birds help in pollination as they carry pollen on their backs just like bees when they go from one flower to another in search of nectar. One humming bird visits around 1000-2000 flowers in a single day!

Turkeys will peck to death members of the flock that are physically inferior or different.

The waste produced by one chicken in its lifetime can supply enough electricity to run a 100 watt bulb for five hours.

An eagle can kill a young deer and fly away with it.

California condors can fly 10 miles without flapping their wings.

A bird’s heart beats 400 times per minute while they are at rest. When they are flying however, their heart could beat up to 1000 beats per minute.

The Hooded Pitohui, which is a resident of Papua, New Guinea. You can find the poison in its feathers and in its skin.

The now extinct Elephant Bird of Madagascar laid an egg that weighed 27 pounds.