“Oh my god, my boyfriend was so pissed off at me for not cleaning or cooking dinner today.  I mean like, are we in the fifties?” 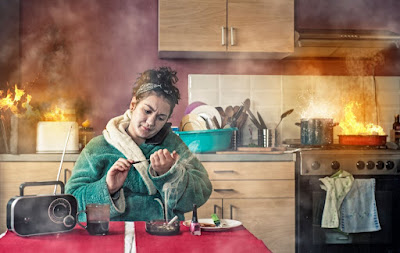 If you’re living with your boyfriend and you’re working a full-time job as well, then yes, you have every right to be pissed off for him to expect you cook and clean.  However, if your boyfriend is providing for you (rent, groceries, bills) and you’re not working, then you have NO right to complain–none at all.  Yes, it’s a 1950′s mentality to think you will cook and clean for him when he’s bringing home the bacon, but is expecting him to provide for you ANY different?  If your biggest task of the day is catching up on daytime television, then the least you can do is help out at home.  Because let me tell you, if it was reverse, you would not put up with that.

“I was getting hit on by a guy at a bar in front of my boyfriend and he didn’t do anything. He just took me by my hand and we walked to the other side of the bar.  I swear, sometimes he can be such a coward.” 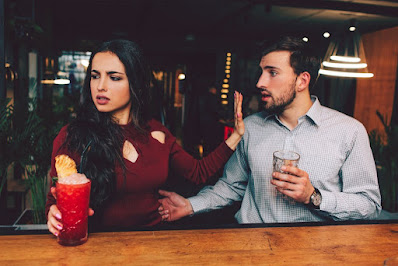 Sometimes you ladies amaze me.  From my experience, I can honestly say having your girlfriend getting hit on in front of you at a bar or club always results in a “no win” situation.  If we punch out the guy, then we’re hot-tempered, irrational and barbaric and then you get upset that we’re treating you like a possession.  Although if we don’t do anything, we’re automatically pussies? WTF! A woman should be proud that her boyfriend would avoid a petty fight.  If we’re with you and if we’re secure, we should expect other men to find you attractive as well.  This is why I don’t like going out with my girlfriend to clubs or bars—because at the end of the night, you always look like either an abusive boyfriend or a whiny pussy.

Every time my boyfriend takes me out, he always hounding me for sex afterward. What do I look like—a prostitute?” 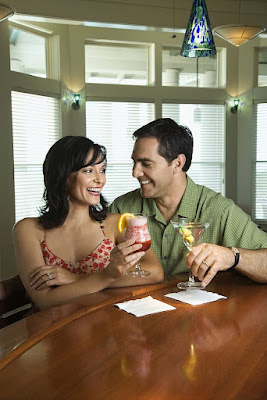 This makes me laugh. Yes, sex SHOULD be expected in a relationship–but not because your boyfriend takes out but rather that you actually WANT to.  So if you feel like a prostitute, maybe you should ask yourselves why.  Also, let’s be honest here: there is always a level of prostitution in every relationship.  Both genders always do something for the other sex in order to get sex.  Men watch your stupid reality tv shows, listen to you bitch about the constant drama and gossip from your workplace and add your nosey friends on Facebook.  You see, it’s all pretty relative.

I love my girlfriend–I really, really do but I really hate it when she berates me for shaving my facial hair.  The insults that come out of her mouth are atrocious but because I’m a man, they aren’t a big deal.  It’s funny because no man would be able to get away with doing the same thing.  My girlfriend usually straightens her wild curly mane every day.  Imagine if I said something like this, “I hate it when you don’t straighten your hair. You look like the lovechild of Angela Davis and Sideshow Bob. Ugh.”   I would be shot–nuff said.

“He didn’t even pay for the whole tab at dinner. He knew I had a huge VISA bill to pay for this month and just paid for himself. Why do I always attract cheapskates?” 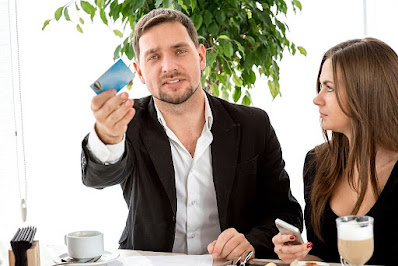 I always have a code: If I can afford to pay the whole tab, I always will.  It goes hand in hand with always providing more money for groceries since most guys eat more.  However, I also have another code: If I’m too broke to pay for my girlfriend, I bring that up RIGHT away and I’m sure a lot of guys do the same thing. I love how women always tell the story of going to a restaurant and being surprised that they have to come out of pocket for the bill. A man generally does not make dinner plans PERIOD if they can’t afford to take out their women.  When a woman pays, it usually is a plan she made herself and when her boyfriend says he doesn’t have much money, she usually offers to pay for herself begrudgingly.

From what I gather, a lot of women (not all but a lot) confuse equality with chivalry when it comes to relationships. So instead of whining that he’s not keeping up to par with what you expect from him in a relationship–take two seconds and try to put yourself in his shoes.  Ask yourself, ‘What have you done for HIM lately?’ for a change.   Remember, just because you have a vagina, it does not automatically mean you deserve the world.  The healthiest relationships require EQUAL amount of work from both significant others.

Your thoughts? Hit up the firing squad below!